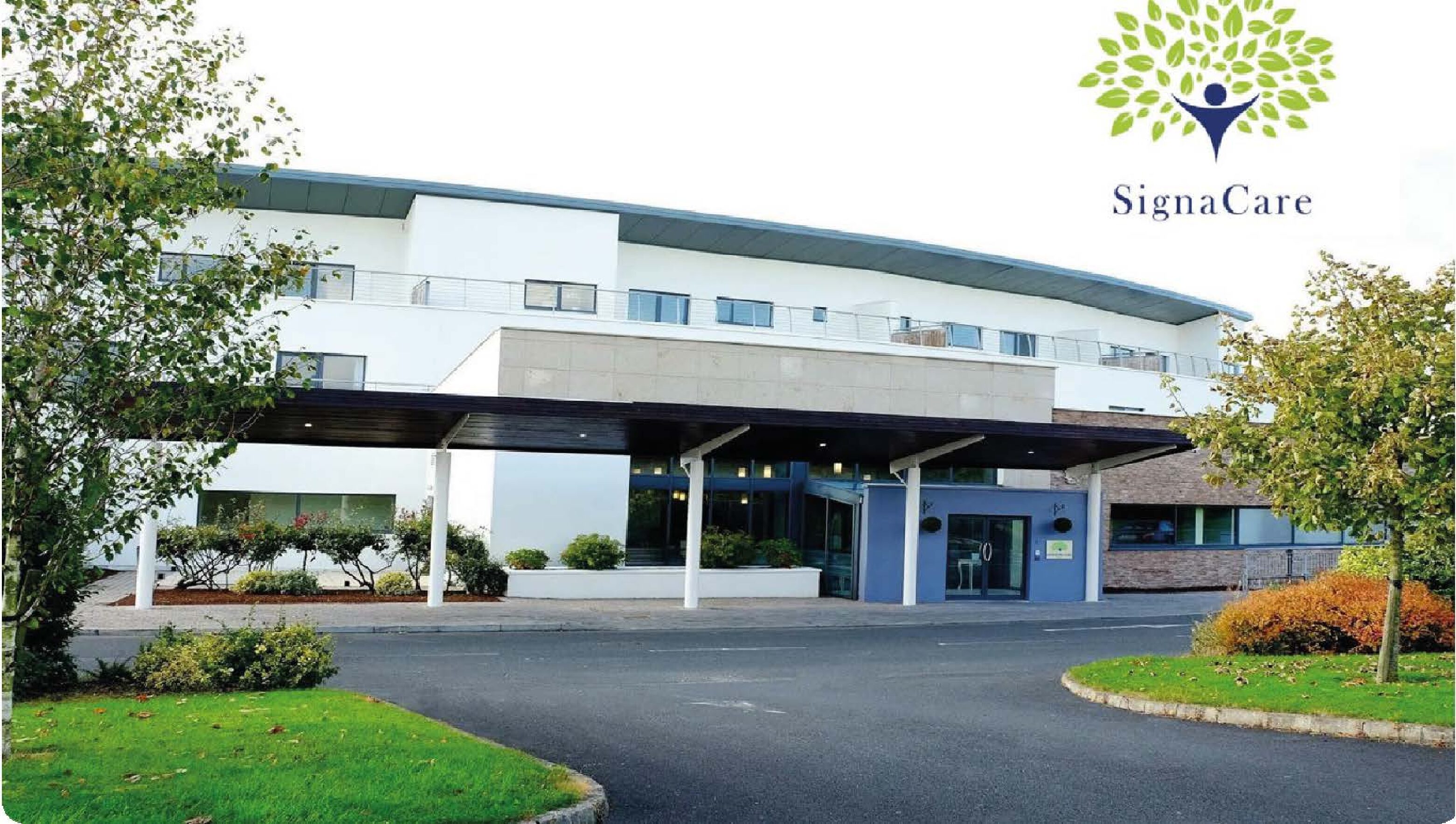 In July 2016, Business I.T. Solutions were approached by SignaCare to submit a proposal for Wi-Fi throughout their nursing home at Killerig, Carlow.

When BITS first went to scope out the project, the facility was effectively a building site – a refurbishment in progress to change a hotel that had been left derelict for a number of years into a nursing home. The focus of the SignaCare team was very much around changing the building to facilitate the needs of nursing home residents. No plan had yet been developed for IT.

The building was 3 floors of reinforced concrete with fire doors throughout and with an unusual crescent shape. These factors, compounded by being situated in a geo-graphical area with poor broadband options, meant that achieving Wi-Fi throughout the building was going to require more than simply sticking in a few routers!

However, although BITS were brought on board initially to scope the installation of Wi-Fi, it quickly became apparent that a secure LAN and phone system were also required. There was also a lot of old IT equipment in the communications room that had become out-dated due to so much time having passed. In these consultations with BITS it was made clear to SignaCare that a more extensive IT plan was required. And it was required fast as they had a tight schedule to work to.

BITS worked closely with the project managers to understand their business processes and requirements. Fundamental to this is that SignaCare wanted their care staff to be mobile – they wanted them to be able to connect to the care system, in this case Epicare, using tablets. This would require a future-proof, secure and robust system.

Armed with detailed drawings of all 3 floors, together with information garnered from meetings and phone calls, BITS came back with a project plan to get SignaCare to opening day. By the time SignaCare entered into an agreement with BITS, there was just a matter of weeks left until HIQA inspections were to occur and the doors were due to be opened to residents.

That agreement and project plan incorporated the following criteria which were very important to the client:

Using primarily Ubiquity hardware for the Wi-Fi network, BITS were also able to create a split in the network with advanced firewall settings – thereby ensuring residents and the staff can only access their respective areas of the network.

Bearing in mind the private nature of their business, the added security authentication protocols in place with the server installation and a robust disaster recovery system afford the staff of SignaCare peace of mind when it comes to their network and their data.

At the early stages of the LAN installation, BITS engaged with Epicare directly, to ensure that Epicare would have the required connectivity into the system to allow staff to work the way they wanted to.

BITS delivered all aspects of the network (including Wi-Fi) and phone systems within the required time frame and budget and now also continue to support SignaCare in all aspects of IT.

“We were initially focusing on the Wi-Fi and BITS offered us a solution that was very competitive. The installation was seamless, with no hiccups and well within our timeframe. As we got close to opening day, it became obvious that we needed further assistance and advice in relation to the other aspects of our IT setup, data security and phone systems. The team at BITS fully engaged with us, they listened to what we wanted. With their expert industry knowledge, BITS were able to offer us solutions that made us feel satisfied that it was being fully taken care of. They handled everything and considered all aspects of the project. We were able to hand the project over to BITS with confidence, while we concentrated on the rest of the business. It was a job well done, and we would be happy to refer them to anyone looking for help with IT.”