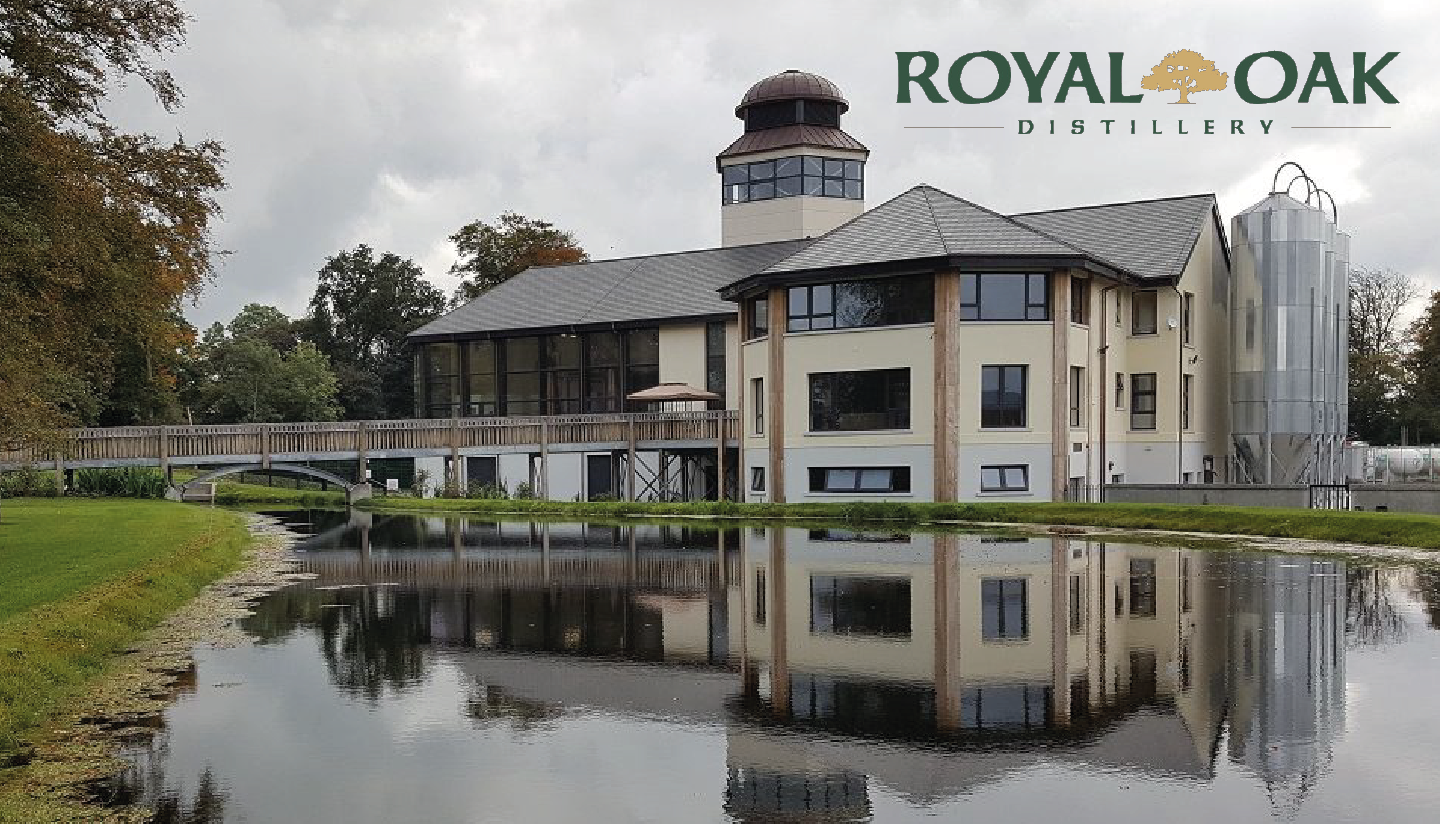 The Royal Oak Distillery is among one of the largest independent distilleries in Ireland, and one of the only ones to produce across all three methods – including pot still, malt and grain. As Carlow’s first major distillery in over 200 years, the Royal Oak is a significant entry into Ireland’s rich whiskey industry,

With its product line now reaching as far afield as Italy, Switzerland, The Netherlands and the US, Royal Oak isn’t only the pride of Carlow’s whiskey industry, but a much-loved brand in the global whiskey market.

The scope and scale of Royal Oak’s operations were growing fast. The business was expanding, whiskey production was accelerating, and with a worldwide presence to live up to, they needed the technical solutions to match their industry prominence.

The decision was clear: the plant would need to move some of its laborious manual processes to an automated solution. Yet this meant laying the foundation for a brand- new infrastructure; one that could accommodate a whole new fleet of devices, work compatibly with all-new production machinery and maintain connectivity with their international offices in Italy.

No two technical solutions are the same – but for BITS, Royal Oak’s ongoing IT partner, it was clear that this would be no ordinary project. Not only would this bold new vision require cooperating with multiple third parties, but there was also the complication of a global pandemic making working standards much more complex.

– Backups and recovery protocol for the new servers were provided

– Connectivity to overseas offices in Italy was established across all devices

“When we needed to expand our processes, invest in new infrastructure, high-capacity services and undertake a connectivity and communications overhaul, we were pleased we chose to work with our partner BITS.”
Antonio Pisano

– Provided improved functionality and connectivity to the new systems and hardware

– Improved the security posture of the network

– Allowed for the appropriate channels of communication where needed

– Allowed for a combination of production, testing and development capabilities

The solution has since:

– Allowed Royal Oak to expand their operations, grow their site and provide a transformative new direction for their distillery

“Our team is passionate about quality, the personal touch and, attention to detail, which meant that we had to ensure we were working with a technical team that could not only support our growth, but support our values too. We were delighted with the service we received from BITS, and look forward to setting them some additional challenges again soon.”
Antonio Pisano

BITS continues to provide Royal Oak with their long-term business IT needs, including:

– IT Support and Maintenance